Proud to be South African! 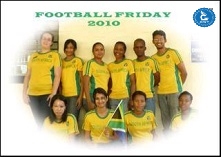 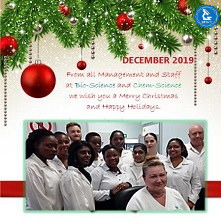 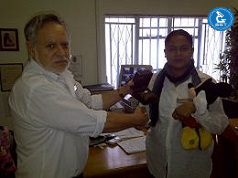 We are proudly one of the very few solely independent South African owned companies still in business today.

Please support us! We are small, but expanding and are a SANAS accredited ISO/IEC 17025 and ISO 9001 compliant Testing and Consulting Laboratory.

We provide a wide range of scientific services such as bacteriology and chemical testing of foodstuffs, waters, commodities, petroleum products and various other commodities.


The business was started in a garage in 1989, at the Durban North home of Vic Soffiantini, an experienced and qualified Analytical Chemist. Vic experience covered working in laboratories in fertilizers, chemicals, sugar and dairy industries; as well as various consulting laboratories.

In 1990 the business was incorporated as a Close Corporation. During 1991 it moved to bigger premises at John Ross House in centre of the Durban CBD. During this time period many science students did their successful inservice training with the Company.

In 1995 the business had outgrown its premises in the CBD and moved south of Durban to Francois Road near the busy harbour industrial area.

The laboratories soon outgrew these premises as well. In 2004 the Laboratories moved into larger premises around the corner in Umbilo Road.

Due to rapid expansion and an ever growing loyal client base, it became necessary to upgrade the legal identity of the small business, Chem-Science Laboratories cc; so in 2012 it became a fully established (Pty) Ltd company.

To date both Companies have trained well over 200 students and graduates; helping to establish a competent base of future technologists and scientists for South African industries and research laboratories.

We also donate regularly to various wildlife and animal charities.

Our management and supervisory team:

Our staff and Company are members of the following professional organisations:

NLA -- The National Laboratory Association oversees the interests of the large number of laboratories in South Africa. This includes the measuring, testing, calibration, verification and other bodies, as well as laboratories which operate in well-defined areas of Research and Development in the natural and applied sciences. Website at www.nla.org.za

SACI -- The South African Chemical Institute advances the science and practice of chemistry in South Africa, as well as promoting and upholding the status of the profession of chemistry. Website at www.saci.co.za

SFAM -- Society for Applied Microbiology is a UK based international society of microbiologists. Website at www.sfam.org.uk

SACNASP -- The primary function of the South African Council for Natural Scientific Professions is to protect the public interest in relation to the work of registered Professional Natural Scientists, e.g. safeguard public health and safety from adverse consequences of natural science activity. Website at www.sacnasp.org.za

To be the leading accredited independent commercial chemical and microbiological testing laboratory, as well as a professional scientific consultancy, in the country, with world wide reputation for professionalism and client/customer confidentiality.
To achieve this mission, and to remain a profitable venture for the shareholders of the Company. The Management and Staff are committed to providing the highest quality service to a strict Code of Ethics as laid down by the relevant professional societies.To comply with the international quality standards ISO/IEC 17025 and ISO 9001, as amended from time to time.
Also to promote and encourage, in whatsoever way possible. The conservation of a clean environment for all our people and a commitment to the preservation of our wildlife.

Authorised and signed by Executive Management on this 6th day of July 2004
Vic Soffiantini, CEO
Updated and Amended: 2nd February 2021

Management and all employees are committed to the objective of promoting and maintaining a safe and healthy working environment for all concerned. Safety is everyone's responsibility.
To achieve this objective, the requirements of the latest amendment of the OSHA Act (Act No 181 of 1993) and the recommendations by a government inspector, are fully implemented, monitored and observed.
The identified risks and hazards facing employees include toxic substances, pathogenic microorganisms, flammable liquids, acid burns and electric shock.
Management will ensure that all employees are aware of these hazards and are trained internally by their relevant line manager, in the correct usage of such substances and equipment.
Training of staff is continuous and an integral part of the Company's policies.
Safety Data Sheets (SDS) and Safety Charts are displayed depicting the hazardous substances and their First Aid procedures and disposable of any spillages.
The Company, where reasonably requested by staff, will provide personal protective equipment to ensure personal safety at all times.
All persons, regardless of positions in the Company, are to bring to attention of management or their elected Safety Representative, of any potential hazards which might occur and which need to be remedied.


Authorised and signed by Executive Management and Saftey Officer on this 2nd day of February 2021.

BACK TO TOP OF PAGE ﻿